THURSDAY, August 14 was quite simply the best day of my life as it saw the birth of Jacob via c-section.

I have tried to sit down many times to record the day with a blog but don’t feel I ever had the words until now, two weeks on.

After an overnight stay, I got to Worcestershire Royal for just after 8am, Pam had already been seen by the anaesthetist who was friendly and very calming influence.

The surgeons who would perform the c-section arrived soon after and were again very professional and personable.

They asked us if we knew the sex as apparently they had done a c-section before and announced the arrival of a baby girl, to blank faces from mum and dad who did not know what they were having!


A quick scan confirmed Jacob was indeed breech still and then it was a slow walk to the theatre, Pam went for her spinal block while I changed into some delightful scrubs. Don’t worry, no pictures exist of how I looked!
Pretty soon it was time for me to go in, I thought I would go a bit weak seeing all the equipment but a very calm state descended over me.

The lovely midwife popped me on a chair next to Pam’s head and once the anaesthetic did its thing it was time to bring Jacob into the world.

Apart from a bit of pulling, you wouldn’t have known what was taking place and then came the moment that will live with me forever.

Jacob was born and held above the partition for us to see, our gorgeous little boy melted both our hearts by looking straight at his mummy!

He was checked over and didn’t go pink as quickly as they would have liked, of course as soon as the paediatric nurse was paged he soon responded.

But I was soon asked to go over and say hello and cut the remainder of the cord, a nice touch by the hospital to ensure the dad can experience the sensation.

I did think it would be very spongy but it’s actually really gristly and tough, comforting in a way to know something so hard-wearing fed him for nine months!

After a short while in recovery, including plenty of male bonding, we were back in delivery (no rooms in the antenatal inn) and I got to speak to family and friends and let them know the good news.

Dads, give yourself a minute before you call people to let them know, I spent a good minute just rambling with excitement!

We ended the first day on antenatal, I handled the first two nappies which any new dad MUST do, as you get the badge of honour of being weed on then! 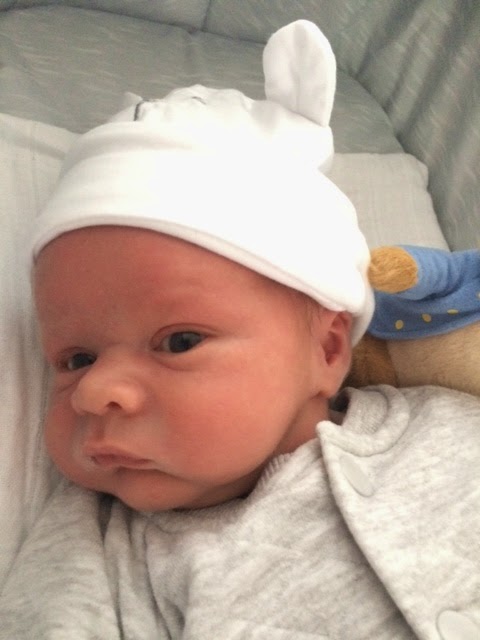