CAN someone help me?

It seems like only two minutes I was sitting in recovery holding my newborn son. Something has happened though and we appear to have skipped seven whole weeks.

On Thursday, Jacob will be two MONTHS old! I mean talk about time flies but this period has been like being on Concord! - Not that I would know, closest I get to Mach speed is when I shave with a particular razor....

It's been a terrific voyage of discovery for the little man and for his mum and dad, I've already blogged on the sleep issues. What is wonderful is how he appears to be cluster feeding in an evening to try and go as long as he can during the night.

But to watch him learn about the world is still a sight to behold even seven weeks on. Those wide eyes when he is taking in a black and white picture, when his bouncy giraffe is doing its thing or even when daddy makes strange noises (to amuse you understand) is enough to make you forget any crap in the 'real world'.

He already has little character traits that make you laugh, first thing after his 'breakfast' feed he adores lying in his crib looking at the morning light, transfixed!

I marvel at how he falls asleep in the loudest environments, not happy when he's put in his car seat but as soon as he is in the car and on the motorway he can be sound asleep.

I can take him for a walk in his pushchair and be by the busiest nosiest road and do I hear a peep, nope? Sound asleep

Even when he is having 'interaction time' with us, his yawns and his little facial expressions are enough to bring a smile to the grumpiest daddy after a long day at work.

He's learning so much about the world around him, sometimes we put him in his bouncy chair and watch him piece together everything he has learned during the day.

Medically he is sailing through all his tests and checks and wonderfully passed the hip scan the doctors wanted because he was pulled out bottom first.

All in all we have been blessed, here's to many more wonderful weeks! 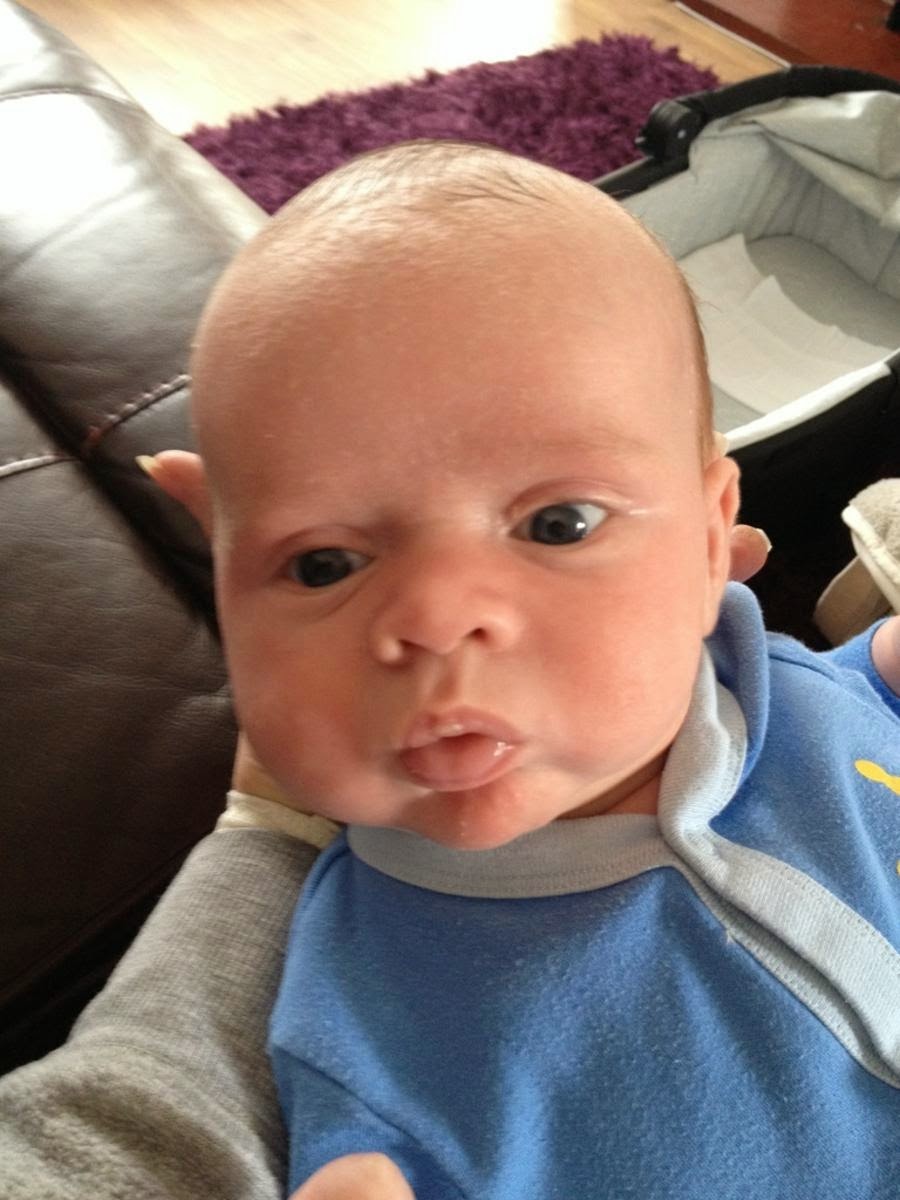