SO we are through to the other side of our first NCT antenatal session and it was rather an eye opener to say the least.

Teacher Isabelle Karimov is welcoming and warm as were the other six couples joining Pam and I for the experience.

After the initial ‘how do you do’s’ we were asked to split into mums and dads for what we wanted to get out of the course.

Being blokes we were a) practical and b) worried about asking the wrong question for fear of incurring the wrath of our heavily pregnant beloveds so came up with five points.

Of course the mums to be did more, they split it into categories and everything – the only thing missing was some sort of colour coding!

Anyway discussions were had, we went first to a relatively positive reception and some amusement was had one of the mums to be said they feared about ‘losing their figures’. The mum to be expressed her opinion she was surprised we hadn’t mentioned anything about it.

I became alpha male for the first time EVER and gently explained we felt it was more than our life’s worth to have said such a thing!

Discussions on the build up to labour and birth itself were again informative and led us to discover more about the placenta.

Now don’t get me wrong I adore the placenta, it’s feeding J, sorting out all the good stuff for him to enjoy and yes it’s a play thing for my son if he gets bored of growing, eating and sleeping.

But hearing people actually eat it, mmmm that’s one step too far for me and hearing from one couple their friend FROZE theirs after the birth of their baby was also rather ‘interesting’.

By the way, their baby is now four….

After an enjoyable lunch of chatting and nice food, we went on to look at various pain reliefs and positions for birth and I even got to roll a tennis ball up and down Pam’s back…

Given my skill with it I am apparently Britain’s number two tennis player but I digress…..

Pictures of labour and birth (don’t worry fellas, nothing too graphic) concluded a rather fun day for daddy, mummy and hopefully J although he slept throughout.

Overall is it worth it, yes I think it is, you meet nice people, all of whom are in the same situation as you and crucially due around the same time as you.

The Bumps and Babies magazine (below) is very useful as is the antenatal pack (below) and certainly worth a read.

Bring on the breast……feeding session next week! 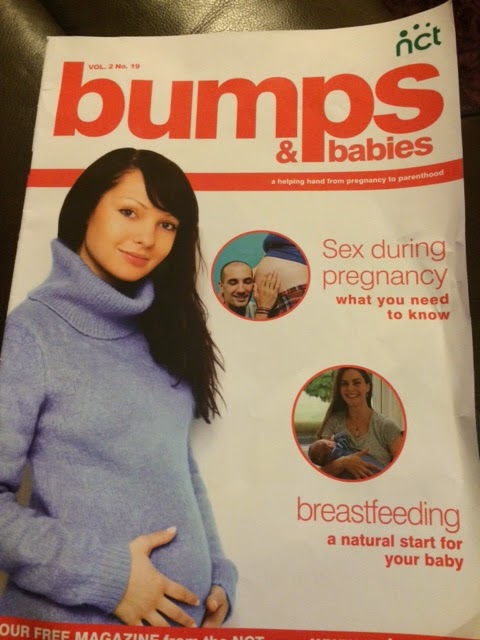 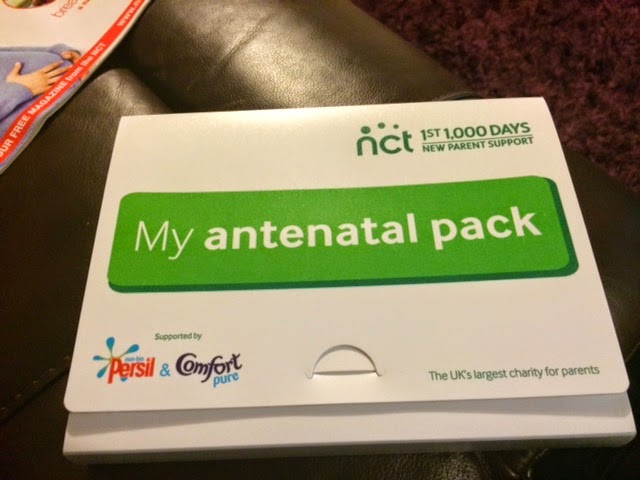